What is the future of journalism in the world of social networks and digital marketing? Is true journalism - objective and respectable - possible at all in an era dominated by technology, digital platforms and thus extreme public sentiments and emotions that, instead of connecting us, drive us apart? Do fake news define our new reality?

The IFFS - Investigative Film Festival, Skopje  - an initiative of the Investigative Journalism and Analysis Platform Macedonia, PINA goes on tour and has chosen Sofia to be its first stop to present the original Netflix documentary - THE GREAT HACK.

From award-winning filmmakers Karim Amer and Jehane Noujaim, THE GREAT HACK uncovers the dark world of data exploitation with astounding access to the personal journeys of key players on different sides of the explosive Cambridge Analytica/Facebook data scandal. A manipulation that predetermined two fundamental choices - the 2016 US presidential elections and Britain's decision to leave the European Union. 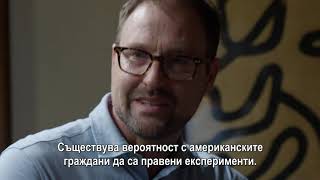